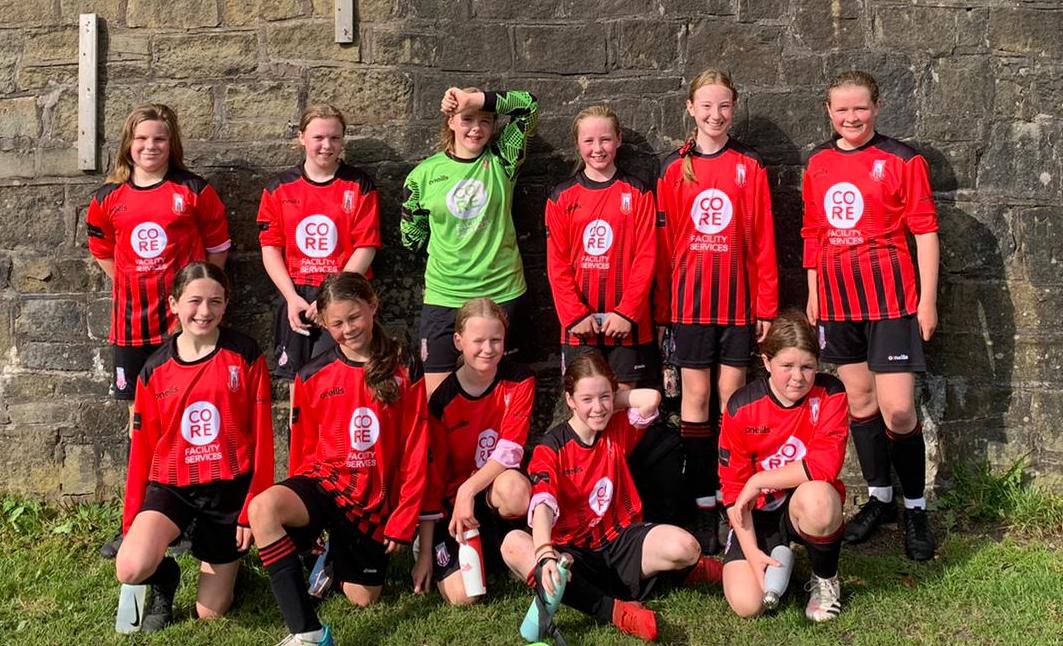 Girls’ football at Ryburn United Football Club has had a boost after attracting a three-year sponsorship deal from local business energy, waste and IT experts Core Facility Services.

The Core logo will be on the front of every girls’ team shirt, from U11 right through to U18, until at least 2024.

The sponsorship will provide financial support to help the club invest in its female teams.

Colette Watts, Managing Director of Core Facility Services, said: “Core has long been a supporter of grassroots community sport and a champion of creating opportunities for everyone, whatever their age, gender or ability.

“By choosing to sponsor the entire girls’ section of the club we aim to raise awareness of female football and encourage more people to take part and follow women’s sport.”

Chris Wragg of Ryburn United said: “Women’s football is becoming ever more popular at both a local and national level, with interest in our Ryburn girls’ teams at an all time high.

“Having the support of such a well-known local business will help us build on this success and continue to develop our thriving girls’ squads.”

Reserves and the U21 and U23 academy teams.

We use cookies on our website to give you the most relevant experience by remembering your preferences and repeat visits. By clicking “Accept All”, you consent to the use of ALL the cookies. However, you may visit "Cookie Settings" to provide a controlled consent.
Cookie SettingsAccept All
Manage consent

This website uses cookies to improve your experience while you navigate through the website. Out of these, the cookies that are categorized as necessary are stored on your browser as they are essential for the working of basic functionalities of the website. We also use third-party cookies that help us analyze and understand how you use this website. These cookies will be stored in your browser only with your consent. You also have the option to opt-out of these cookies. But opting out of some of these cookies may affect your browsing experience.
Necessary Always Enabled
Necessary cookies are absolutely essential for the website to function properly. These cookies ensure basic functionalities and security features of the website, anonymously.
Functional
Functional cookies help to perform certain functionalities like sharing the content of the website on social media platforms, collect feedbacks, and other third-party features.
Performance
Performance cookies are used to understand and analyze the key performance indexes of the website which helps in delivering a better user experience for the visitors.
Analytics
Analytical cookies are used to understand how visitors interact with the website. These cookies help provide information on metrics the number of visitors, bounce rate, traffic source, etc.
Advertisement
Advertisement cookies are used to provide visitors with relevant ads and marketing campaigns. These cookies track visitors across websites and collect information to provide customized ads.
Others
Other uncategorized cookies are those that are being analyzed and have not been classified into a category as yet.
SAVE & ACCEPT